The clubs created the Ontario Timing Association to run the races

We’ve recreated this Winner decal from the early 70’s. 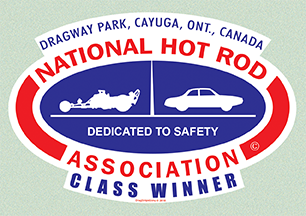